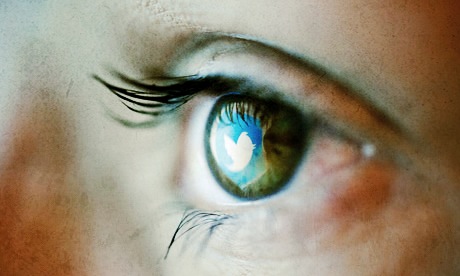 This blog was originally published by The Guardian on 31st March 2012.

I signed up for Twitter several years ago but struggled to understand the point. What is it? What is it for? What information can I share in 140 characters? I did what millions of other people do: followed famous people, sportsmen, rappers, comedians and actors. Much of the time, it turned out, they didn’t have anything that interesting to say and, after a few weeks, I gave up on it.

Then, as the site grew in popularity, I decided to give it another chance. I had about 30 followers, mostly my friends. Every few days I would tweet about what I was doing and share songs, music videos and news articles and now and again I would tweet one of the many musicians I followed. Good fun but not particularly productive.

As time went on I began to take tweeting more seriously, posting more about technology and educational issues. If I saw an interesting news article, I would tweet it. I followed people more relevant to my profession, mainly users tweeting about politics, education and technology. The more I read, the more I retweeted. I started to gain more followers, which encouraged me to tweet more.

I began to understand what Twitter was about and what a fantastic resource it was for a teacher.

In fact, Twitter is the reason I am writing this blog. Back in January, when the education secretary was, it seemed, washing his hands of ICTat BETT, I lost it on Twitter. I have never been a fan of Michael Gove – after all, he seems to be doing everything in his power to destroy the teaching profession as we know it with his badly-thought-through policies and ill-informed rhetoric.

But this was the straw that broke the camel’s back. An hour or so after I tweeted my disapproval, though, some good news: @GuardianTeachgot in touch and asked me to write a blog based on my tweets. I was hugely excited and spent that evening channelling my fury into a post on the subject. Then, the day after it was published, I received another message on Twitter, this time from Sky News. They wanted me to do a live interview.

All this from a few tweets? Yes – Twitter really is that powerful.

The teaching and education community on Twitter is truly inspirational. I have learnt so much from reading tweets posted by all kinds of people working across the sector. Many of the resources, ideas and technologies I have read about I have been able to use in my classroom and school. In turn, I share my ideas and resources.

Twitter is a fantastic collaborative tool. As teachers, how often do we get to visit other schools? In my experience, very rarely. Twitter has enabled me to collaborate with teachers in schools across the country. Combine this with cloud services such as DropBox and Google Docs and you can create and share resources and ideas quickly and easily.

The site is also a great place for discussion. It is amazing how creative you can be in 140 characters. Teachers, academics, technologists and other experts come together on Twitter to chat and discuss a whole range of topics – you can follow and contribute to these discussions by using hash tags.

When used responsibly Twitter can be incredibly useful to students, too. I held a senior assembly last month focusing on how students could benefit from using the site. It will be interesting to find out how many have started to do so.

There are some downsides. Twitter does have a problem with spam, which won’t ruin your enjoyment or detract from the site’s usefulness but can be a tad annoying. And every now and again you can be followed by a fake account. These are easy to spot most of the time as they will have posted very few tweets and won’t have many followers, if any at all. Generally these accounts are accompanied by a photo of a scantily clad woman and are easily blocked – although they often disappear after a few days if you ignore them. The biggest downside for me, and this is very much a personal opinion, is how addictive I find the site.

If you are on Twitter already, I am sure you can think of many more ways the site could be used as an education resource. And if you haven’t signed up yet, give it a go. You won’t regret it.